Our travels last year to Nicaragua was pretty amazing.  I hosted two groups to the rain forest in the south east of Nicaragua in search of monster tarpon.  The trip started off with a long cross Atlantic flight to Atlanta USA, connecting to San Jose in Costa Rica.  The one-night sleep over in a five star hotel was a good opportunity to climatize and relax after the long flights.  We were up early on the Saturday morning to enjoy a good breakfast.  A transfer to the smaller airport in San Jose followed with great excitement.

f the most amazing flights I have ever taken.  A 45 minute flight through the mountains of north eastern Costa Rica crossing the border into Nicaragua and over the parts of the rain forest before touching down on a small airstrip where we cleared customs into Nicaragua.  A short boat ride took us to the lodge where cold cocktails and welcoming staff awaited us.

Fishing is priority when visiting Nicaragua and we were on the water within an hour from arrival.  The first week was difficult fishing due to pretty heavy rain but we managed to land a bunch of tarpon.  I saw Jan Wilkens hooking and, unfortunately, dropping one of the largest tarpon I have

ever seen.  The estimated 220 pounder leaped out of the water shortly after eating the fly just to through the fly back at us.

After week two Jan and his wife departed on the same charter plane Andrew small and the four van Rooyens arrived on.  An hour after their arrival I managed to land a fish of around 150lb.  Shortly after that Kasper van Rooyen landed a fish of around 80lb and not long thereafter another.  Andrew managed a fourth fish for the day of around the same size.

All these fish were caught on flies tied in our factory.  The hooks used were predominantly the Grip 21571BN.

This is truly a place to explore and we will be returning soon.  For information about this

destination and our hosted trips please visit Chasing Targets and email us at info@scientificfly.com

All the best till next time 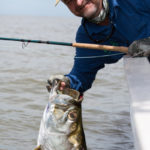 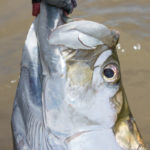 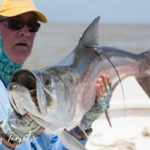 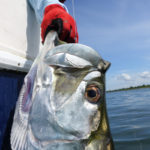 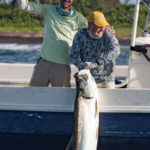 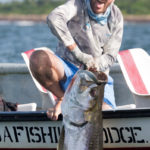 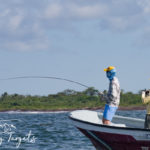 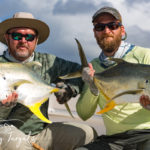 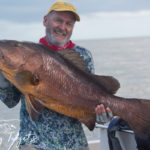 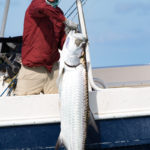 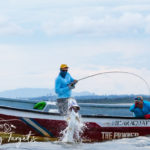 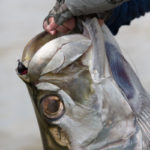 No products in the cart.

Stay in the loop! Subscribe to the ScientificFly blog via email and be the first to get notified of new posts as they are published.